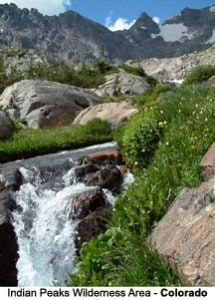 The new law makes it clear that in Colorado a person who is practicing complementary and alternative health care services consistent with the requirements of the new law will not be unfairly prosecuted for not having a license to practice medicine as long as they do not engage in an activity listed on the prohibited list in the new law such as performing surgery, puncture of the skin, prescribing legend drugs or controlled substances, or fail to fulfill the disclosure duties in the new law (entire text here).

The courageous Sponsors and Co-sponsors were Senators Jahn, Newell, Nicholson, Ulibarri, Todd, Giron, Tochtrop and Representatives Ginal, Stephens, and Schafer. Lively hearings were held, some even up to five hours in length, as the sponsors and co-sponsors continued their support for our right to practice. The Colorado Sunshine Health Freedom Foundation and Colorado Natural Health Coalition have worked diligently over the past eight years to get a health freedom bill introduced and successfully passed in the Colorado legislature. Colorado is the ninth state to have protection of natural health care practitioners ensuring consumer access to natural and complementary and alternative health care approaches for their health and healing. Other states that have safe harbor laws are: Minnesota, Rhode Island, California, Louisiana, Oklahoma, Idaho, Arizona, and New Mexico. 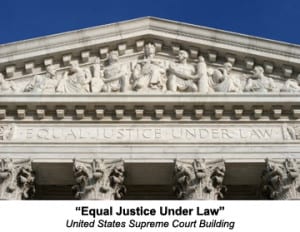 Pat Taggart is a homeopath that has been involved with this legislative effort. She is creating a database of contact information for Colorado homeopaths to make sure everyone knows of these new requirements. She will be sending out one or more sample disclosure forms and other information. If you are an unlicensed homeopath in Colorado please contact Pat at: APHomeopathy@gmail.com.

On a sad note…
Clinton Ray Miller, the Father of Health Freedom, passed away on July 24, 2013. Clinton was born on March 14, 1921, and lived his life as a health freedom activist. Clinton was the pioneer of all pioneers, working to protect health freedom for all Americans. His conviction that “Health Freedom is second only to Religious Freedom” was the foundation of his life’s work.

Clinton, the eternal story-teller, describes his entry into the politics of health freedom: “My life as a health freedom activist started about 50 years ago in Salt Lake City, Utah. I started one of the first health bakeries in the United States. I called it Clinton’s Wheat Shop. My motto was “The Whiter the Bread, the Sooner You’re Dead”. It was printed in bold letters on the back of my truck and on the label of every loaf of bread we sold. We made 100-percent whole wheat “HEALTH BREAD”. We ground the wheat fresh every day on stone burr mills. It was made without any preservatives.”

In 2000, Clinton turned his attention to state health freedom efforts becoming a vibrant Board Member of National Health Freedom Action, and working for Sunshine Health Freedom Foundation immersing himself into the state politics of safe harbor legislation to protect natural health and traditional practitioners from getting prosecuted for practicing medicine without a license. He has been a guiding force in seven states obtaining safe harbor laws.