A Bear of a Backache

On first glance at James as he walked into my office, it was obvious he was in an intense amount of pain.  His eyes were clouded and strained, and he was continually pushing against the left side of his chest with his hands.  The day before he came into my office I had seen James at the restaurant where he worked as a bartender, and I had seen him rub his back up and down against the edge of the bar while he thought no one was looking, like a bear against a pine tree.

He said that pressure made his back feel a bit better.  He was drinking large gulps of water every few minutes.  James reported that he had excruciating pain in his left thoracic area for over a month. It was continuing to intensify. It reminded him of the pain he had experienced after being in a car accident five years before when he had broken a few ribs.  “Every time I move it feels like something is tearing”, he said.  “I feel stiff, like the whole left side of my body doesn’t want to move.  It is getting to the point where I can barely stand, it hurts so badly.”  The pain was making him feel very irritable and edgy, and he wanted to be alone as much as possible.

James had strained his back this time while he was at the gym with a friend, where they were lifting weights and discussing relationship troubles. James’s girlfriend had broken up with him just a few days before this, and he was heartbroken and shocked by it.

In the month since this had happened, the back pain had continued to worsen.  James was afraid he wouldn’t be able to work because it hurt so badly to stand and move. He wanted to buy a new bed and to visit his acupuncturist to see if it would help with his back pain, but he was also really worried about his finances. The fear of having no money if he couldn’t work and worries about what the future might bring seemed to be constantly on his mind.  He was having dreams of being at work in pain and not being able to do anything.

I gave James Bryonia Alba, 200C 3x/day for 2 days, in order to meet the intensity of the pain. By the time he had taken his second dose he said his back pain had decreased by 50%.  With each dose he felt his back continued to improve, and within a week his pain was completely gone.

James was a happy man.  The wound of his heartbreak still came to mind, but he said he felt a lot more “optimistic about the future”.  His fears about money were gone.

Bryonia Alba is called the “grumpy bear” in homeopathic circles.  It is referring to the fact that this remedy works best when a stress or disappointment sets off a grumpy irritability where the person does not want to be spoken to or moved in any way. Like a bear in the dry Colorado woods, the person desires to be alone and this sense of dryness causes a strong thirst.  In a Bryonia state, every movement hurts, and pressure and silence are desired.  Bryonia has a fear of financial ruin, dreams of work, and has many fears about their future. Thinking back to seeing James rubbing his back on the restaurant bar, like a bear rubbing his back on his favorite pine tree, confirmed the remedy all the more for me.

I am continually inspired and amazed at how quickly, effectively, and gently homeopathic remedies can work to alleviate both physical and emotional pain.  I am so grateful that I get to work with this medicine in my practice! 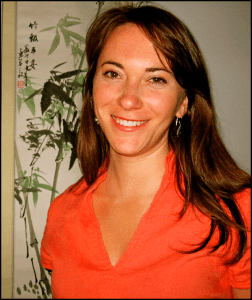